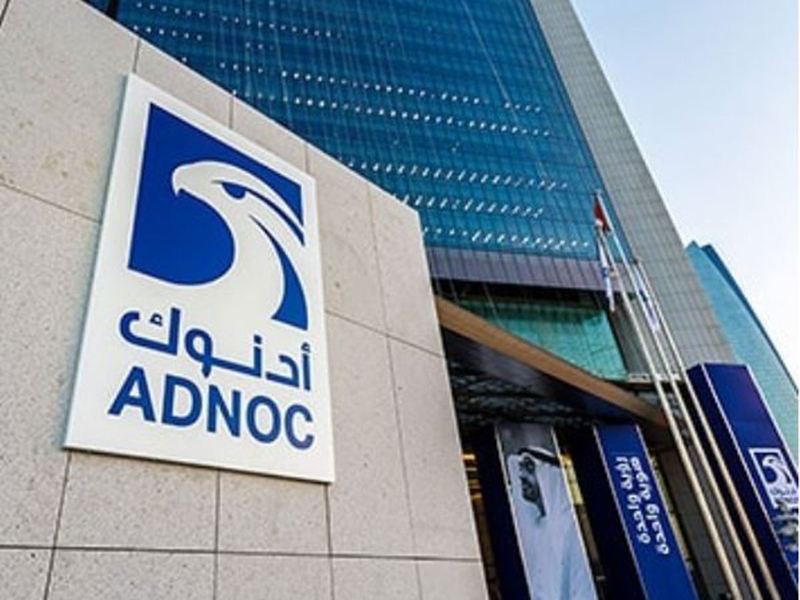 Abu Dhabi: The UAE’s Supreme Petroleum Council on Monday announced a new pricing mechanism for ADNOC Murban crude, which will be listed on “an exchange,” and also announced a major increases in Abu Dhabi’s oil and gas reserves.

During the meeting held at ADNOC headquarters, the Council revealed the discovery of new hydrocarbon reserves estimated at 7 billion barrels of crude oil and 58 trillion standard cubic feet of conventional gas, putting the UAE in the sixth place in terms of global oil and gas reserves, with a total reserves of 105 billion barrels and 273 trillion cubic feet of conventional gas.

The SPC meeting was presided over by His Highness Sheikh Mohamed Bin Zayed Al Nahyan, Crown Prince of Abu Dhabi, Deputy Supreme Commander of the UAE Armed Forces, and Vice-Chairman of the SPC.

Sheikh Mohamed highlighted ADNOC’s ongoing transformation into a more performance-led and commercially-driven organisation and emphasised the central role ADNOC plays in enabling the UAE’s economic ambitions. He expressed the SPC’s recognition of ADNOC’s efforts to drive foreign investment into the UAE through its approach to strategic partnerships and investments.

He noted ADNOC has recruited over 3,200 Emirati nationals with advanced qualifications since 2016 and is set to employ an additional 1,258 by the end of 2019, including over 600 ADNOC scholars. He also acknowledged ADNOC’s plans to recruit more than 3,000 additional Emirati nationals over the next few years.

Murban crude to be traded on an exchange

Commenting on the SPC’s decision to list ADNOC’s Murban crude on an exchange, Dr. Al Jaber said, “The forward-looking decision and market-orientated foresight of His Highness Sheikh Mohamed bin Zayed and the SPC, to list Murban on an internationally recognised exchange and improve the terms of sale of ADNOC’s Murban Crude, is another significant step in our transformation.

The initiative will enable our customers and other market participants to better price, manage and trade their purchases of Murban. This historic and strategic move cements the UAE, Abu Dhabi and ADNOC’s role in the international oil and gas sector.

He noted, “Murban is recognised the world over for its intrinsic chemical qualities, consistent and stable production volumes, large number of international buyers, and numerous long-term concession and production partners. These landmark changes, the SPC has approved, will make Murban an even more attractive crude to the global market.” Murban is the main onshore crude grade of Abu Dhabi and is produced by ADNOC Onshore – a subsidiary of ADNOC – via the ADNOC Onshore Murban Concession. The Murban concession produces approximately 1.7 mmbpd of Murban crude oil. ADNOC is a 60 percent equity shareholder in the Murban concession, with the remaining 40 percent shareholding held by the other concession partners, BP, Total, INPEX of Japan, GS Caltex of Korea, CNPC and ZhenHua of China.

Speaking about the increase in hydrocarbon reserves, Dr. Al Jaber said, “We are very pleased and honoured to have enabled the UAE to move from the seventh to the sixth-largest oil and gas reserves in both global rankings. These achievements underscore ADNOC’s drive to ensure we remain a trusted, reliable and responsible supplier of energy to the world for decades to come.

Crucially, the discovery of substantial unconventional recoverable gas resources, for the first time, marks an important milestone in the development of the UAE’s unconventional resources as we execute our integrated gas strategy.”

He added, “The significant discoveries and increase in reserves increase are testament to the hard work, innovation, and dedication of the ADNOC family who are ensuring that we continue to thrive and stay ahead of the world’s growing demand for energy. Building on this success, we are expanding our strategic partnerships and leveraging state-of-the-art technologies and world-class expertise to efficiently expedite further exploration of Abu Dhabi’s huge untapped resources while also driving new commercial opportunities, for the benefit of the UAE.”

The council’s announcement was made yesterday during its meeting chaired by His Highness Shaikh Mohammad Bin Zayed Al Nahyan, Abu Dhabi Crown Prince and Deputy Supreme Commander of the UAE Armed Forces.

The SPC is the highest governing body of the oil and gas industry in Abu Dhabi. The Council formulates, approves, and oversees the implementation of Abu Dhabi’s petroleum policy and follows up its implementation across all areas of the petroleum industry to ensure that the set goals are achieved.

After the meeting, Sheikh Mohamed reviewed the progress of ADNOC’s development and expansion projects at its headquarters, as well as its other works, such as a water fountain.

He was then briefed about the new facilities of ADNOC’s headquarters and toured a tunnel linking the building’s staff parking area and the main entrance to its northern and southern lobbies.

During the tour, he also viewed the modern lighting on the green areas surrounding the building, as well as its new plaza area and the drilling heads and valves used in several oil fields, which all combine the modernity and originality of ADNOC.